It's not a gender pay gap, it's a yawning chasm

It’s not a gender pay gap, it’s a yawning chasm 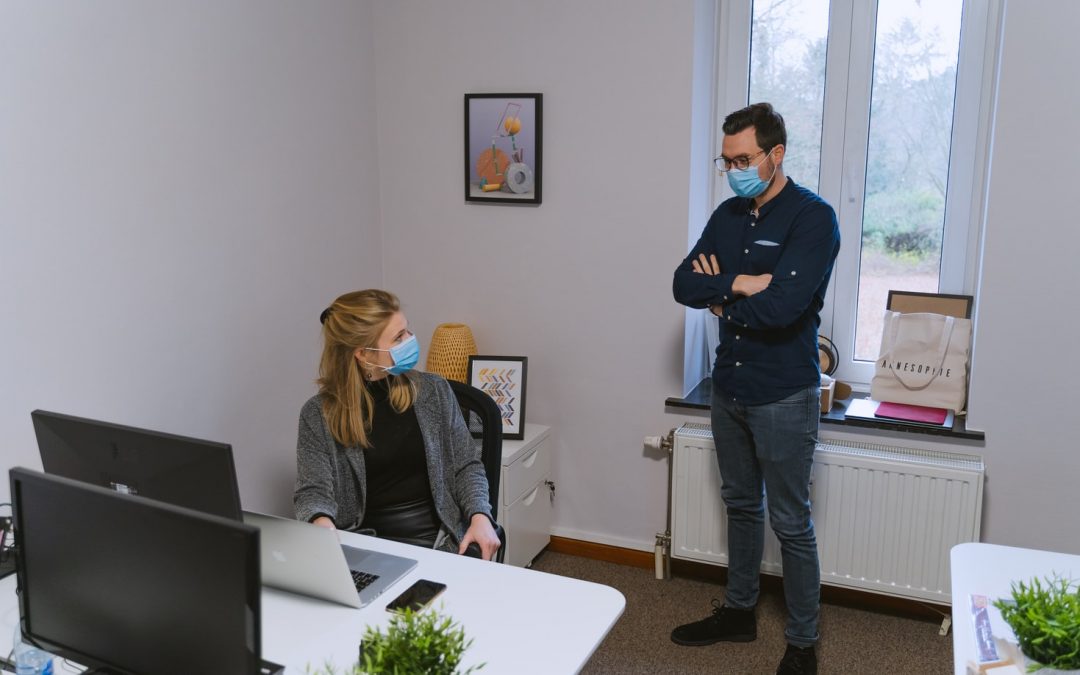 A recent study has illuminated the gap in pay, perception, and understanding between men and women in the workplace.

They may work in the same sector, but men and women in finance and insurance jobs have vastly different opinions on how transparent and equitable their workplaces are, according to the latest Financial Services Institute of Australasia (FINSIA) survey “Gender Divide in Financial Services”. It’s not so much a gap as a yawning chasm – particularly when it comes to the gender pay gap.

A staggering 77% of the men responding to the study were neutral, agreed or strongly agreed that the pay gap was grossly exaggerated, despite the sector having one of the widest gender pay gaps in Australia of around 27.5% (according to the Workplace Gender Equality Agency).

When it comes to whether their employer is transparent about remuneration nearly three times more men (58%) agree, compared to 18% of women, the survey found.

The results highlight a crucial stumbling block in current corporate efforts to address bias, despite the increasing lip service paid to diversity and inclusion.

While men may not have faced the same barriers as their women colleagues, the fact so many remain unconvinced these problems exist at all suggests they have a very different experience in the workplace.

Perhaps there’s some wilful blindness involved too, and a tendency to dismiss women’s concerns when they do speak up.

After all, those who have done well in the existing system may find it harder to understand why others don’t – and fear they could lose out if anything changes.

But the perception gap also implies that engaging all employees in addressing bias and sexism is not a high priority in most organisations.

This isn’t the first time FINSIA data has revealed the discrepancy, with similar findings in the last study in 2018.

But instead of improvement, the current survey shows even fewer women believe their organisation is committed in practice to the advancement of women into senior roles. Earlier this year, a survey by Chartered Accountants Australia and New Zealand also found a pay gap perception problem with about 70% of women believing the gap existed and just 30% of men.

The results highlight a crucial stumbling block in current corporate efforts to address bias, despite the increasing lip service paid to diversity and inclusion.

Male accountants were paid 40-50% more than women, the CA results revealed. Just as worryingly as the attitudes to the gender pay gap, the study found that men are also much less likely to know how few women are in management or on boards of their organisations.

Men were more likely to believe there’s a fifty/fifty split of gender in most parts of the organisations, FINSIA found, when the actual figure in management and senior jobs is more like 30% (and just 10% of CEOs are women).

Given men still overwhelmingly hold the levers of power and most of the senior jobs, with the power to set priorities and take action, the perception gap is acting as a real brake on progress.

Most diversity programs still focus on fixing women up with mentoring and leadership courses and leave men pretty much out of the equation.

That’s a recipe for supporting the status quo, instead of dismantling sexism so that everyone gets a fair go.

Asked what they think would work best in addressing bias, most women nominated culture change, while men said flexible work and childcare policies.

A staggering 77% of the men responding to the study were neutral, agreed or strongly agreed that the pay gap was grossly exaggerated.

Culture change has to involve all employees and is about education, attitudes and behaviour as well as policies. It needs to be led by a strong leadership cohort which is diverse and reflects the workforce.

While women remain mostly on the fringes of decision-making and their experience is clearly not understood or their credibility questioned, their capacity to fix up their own marginalisation is limited.

Men have to be part of the solution, and actively support women if there is any chance of meeting those public commitments to diverse workplaces.

These findings are more proof that another well-known gap is alive and well in one of our most powerful sectors: it’s the difference between rhetoric and reality.

Catherine Fox is a leading commentator on women and the workforce, an award-winning journalist, author and presenter. During a long career with the Financial Review, she edited several sections of the newspaper, and wrote the Corporate Woman column; and she has published five books, including “Stop Fixing Women” which along with her journalism was awarded the 2017 Walkley Award for Women’s Leadership in Media.

The trap of over-optimism

The recent news that Roe v Wade was overturned by the US Supreme Court, effectively banning access to abortion for millions, has sent a chilling message about the fragility of women’s basic rights. Despite the talk about gender equity in all kinds of spheres, the decision has been a potent reminder that progress is fragmented...
Click here

Lazy D&I will not deliver fairness for women

Let's get in touch.